When my one and only niece Dinah was eight she already knew she would become a vet...... 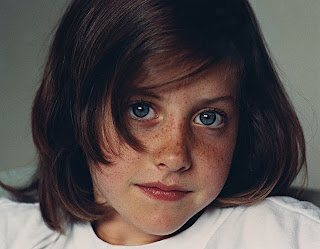 "Dinahlu" when she was eight (Rome, 1988)
Photo: Wolfgang Leander
Click to enlarge

.... now she is one, and not only that: Because of her lifelong dedication to the cause of animal welfare, and her professional background, she has been elected first patron of the UK-based Worlwide Veterinary Service (WVS), a large organization she joined as a member back in 2007.

Chapeau, Dinah! All those who love you are mighty proud of you!

Allow me a mental leap: Dinah's mother, my sister Renata, was recently in Bolivia to visit and unearth half-buried childhood memories. Given our stirring family history it was a very emotional trip for her, but what impacted Renata most, and got her deeply disturbed, was to see so many undernourished and ill-treated street dogs in Cochabamba.

Renata was so depressed about the situation of the stray dogs that she decided to come back for a three-months-stay toward the end of this year to see what she can do ameliorate the lives of at least some of these unfortunate creatures.

However, Renata thinks bigger than that. What she has in mind is to establish a contact with the municipality of Cochabamba and a group of concerned vets, and present them, hopefully, a WVS sponsored large-scale neutering program to help solve the problem nobody has even tried to tackle as yet.

Renata and Dinah are very determined individuals which is not surprising as they are cut from the same cloth. With them, and the WVS behind such a worthy initiative, a "Cochabamba Street Dog" project is bound to be a viable enterprise.

Here are two dogs who were lost in the mean streets of Cochabamba before I "snatched" them and made them mine: 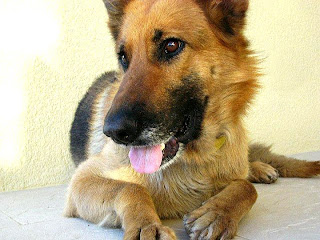 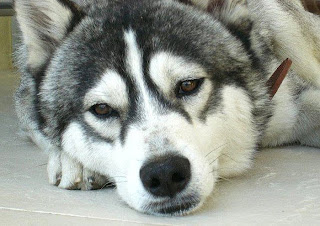 "Chiara" (above) and "Lupi"
Photos: Wolfgang Leander
Click to enlarge